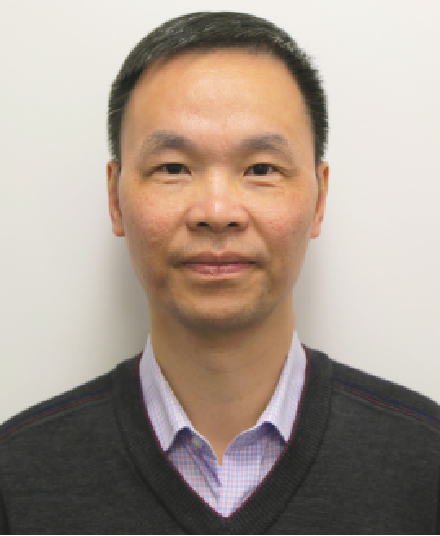 School of Computing and Mathematical Sciences, University of Leicester, UK

Abstract: Artificial intelligence has significantly influenced the health sector for years by delivering novel assistive technologies from robotic surgery to versatile biosensors that enable remote diagnosis and efficient treatment. While the COVID-19 pandemic is devastating, the uses of AI in the healthcare sector are dramatically increasing and it is a critical time to look at its impact in different aspects. In this talk, I will introduce the application of new deep learning models in medical image understanding. Then, I will discuss Parkinson’s disease (PD) whilst investigating the behavior analysis of PD mice. I also present the use of machine learning technologies in sentiment analysis, followed by the discussion on several challenges.

Bio: Dr. Huiyu Zhou received a Bachelor of Engineering degree in Radio Technology from Huazhong University of Science and Technology of China, and a Master of Science degree in Biomedical Engineering from University of Dundee of United Kingdom, respectively. He was awarded a Doctor of Philosophy degree in Computer Vision from Heriot-Watt University, Edinburgh, United Kingdom. Dr. Zhou currently is a full Professor at School of Computing and Mathematical Sciences, University of Leicester, United Kingdom. He has published over 380 peer-reviewed papers in the field. He was the recipient of "CVIU 2012 Most Cited Paper Award", “MIUA 2020 Best Paper Award”, “ICPRAM 2016 Best Paper Award” and was nominated for “ICPRAM 2017 Best Student Paper Award” and "MBEC 2006 Nightingale Prize". His research work has been or is being supported by UK EPSRC, MRC, EU, Royal Society, Leverhulme Trust, Puffin Trust, Alzheimer’s Research UK, Invest NI and industry. Homepage: https://www2.le.ac.uk/departments/informatics/people/huiyu-zhou.

Abstract: Symbolic AI (based on knowledge representation and formal logic) and AI based on artificial neural networks (such as deep learning) are fundamentally different approaches to artificial intelligence with complementary capabilities. The former are transparent and data-efficient, but they are sensitive to noise and cannot be applied to non-symbolic domains where the data is ambiguous. The latter can learn complex tasks from examples, are robust to noise, but are black boxes; require large amounts of - not necessarily easily obtained - data, and are slow to learn and prone to adversarial examples. Either paradigm excels at certain types of problems where the other paradigm performs poorly. In order to develop stronger AI systems, integrated neuro-symbolic systems that combine artificial neural networks and symbolic reasoning are being sought. In this talk, we will present a brief history of the field, discuss some recent advances and possible research directions.

Bio: Pascal Hitzler is Professor and endowed Lloyd T. Smith Creativity in Engineering Chair and Director of the Center for Artificial Intelligence and Data Science (CAIDS) at the Department of Computer Science at Kansas State University. Until July 2019 he was endowed NCR Distinguished Professor, Brage Golding Distinguished Professor of Research, and Director of Data Science at the Department of Computer Science and Engineering at Wright State University in Dayton, Ohio, U.S.A. He is director of the Data Semantics (DaSe) Lab. From 2004 to 2009, he was Akademischer Rat at the Institute for Applied Informatics and Formal Description Methods (AIFB) at the University of Karlsruhe in Germany, and from 2001 to 2004 he was postdoctoral researcher at the Artificial Intelligence institute at TU Dresden in Germany. In 2001 he obtained a PhD in Mathematics from the National University of Ireland, University College Cork, and in 1998 a Diplom (Master equivalent) in Mathematics from the University of Tübingen in Germany. His research record lists over 400 publications in such diverse areas as semantic web, artificial intelligence, neural-symbolic integration, knowledge representation and reasoning, machine learning, denotational semantics, and set-theoretic topology. His research is highly cited. He is founding Editor-in-chief of the Semantic Web journal, the leading journal in the field, and of the IOS Press book series Studies on the Semantic Web. He is co-author of the W3C Recommendation OWL 2 Primer, and of the book Foundations of Semantic Web Technologies by CRC Press, 2010, which was named as one out of seven Outstanding Academic Titles 2010 in Information and Computer Science by the American Library Association's Choice Magazine, and has translations into German and Chinese. He is on the editorial board of several journals and book series and a founding steering committee member of the Neural-Symbolic Learning and Reasoning Association and the Association for Ontology Design and Patterns, and he frequently acts as conference chair in various functions. For more information about him, see http://www.pascal-hitzler.de. 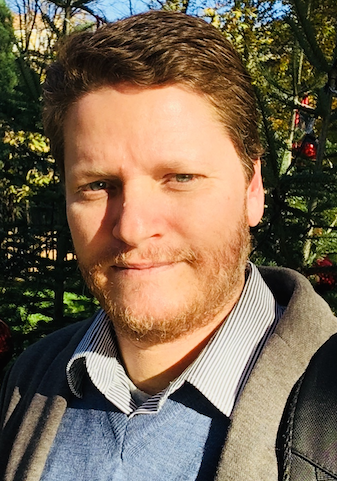 University of Twente, The Netherlands

Abstract: In Computer Science and, in particular, in Artificial Intelligence, ontologies have been deemed for the past 30 years as artifacts capable of supporting knowledge exchange and reuse, and semantic interoperability. However, if they are to play this role, ontologies must be more than just logical specifications, and ontology engineering must be primarily about Ontological Analysis. Ontological Analysis, in turn, is about employing formal (i.e., domain-independent) theories in the philosophical sense, as well as the analytical tools put forth by Ontology (with a capital ‘O’) to unpack the semantic content of representations. One particular type of Ontological Analysis is Truthmaker Analysis, which, in turn, is strongly connected to the notion of Metaphysical Grounding and Explanation. In this talk, I will (i) present an ontological theory of Relationships and Events, and show that they are the natural truthmakers of Relations. I will then show how this theory can be used to systematically unpack (i.e., explain) the semantic content of symbolic artifactis (in particular, of domain ontologies), and how this reveals important and subtle aspects of domain modeling that can have a decisive impact on semantic interoperability.

Bio: Giancarlo Guizzardi is a Full Professor of Software Evolution at University of Twente, The Netherlands, and,  since Nov.1st 2022, chair of the Services & Cybersecurity Department. Before that, he was a Full Professor of Computer Science and head of the Conceptual and Cognitive Modeling Research Group (CORE) at the Free University of Bozen-Bolzano, South Tyrol, Italy. He has been working for circa 25 years in Ontologies, Conceptual Modeling, and Enterprise Semantics, and has been one of the main contributors to the development of the Unified Foundational Ontology (UFO) and the OntoUML language. He is associate editor for Applied Ontology and Data & Knowledge Engineering journals, as well as the Enterprise Engineering Books Series. He is also a member of the Advisory Board of the International Association for Ontology and its Applications (IAOA), and of the Steering Committees of the ER, IEEE CBI, and EDOC conferences. Over the years, he has delivered more than 60 keynote speeches in the aforementioned areas. Finally, he has extensive experience in technology transfer to industry in sectors such as Cybersecurity, Digital Government, Tourism, Digital Journalism, Complex Media Management, Off-Shore Software Development, Mobile Payment, Healthcare, Energy, among others.